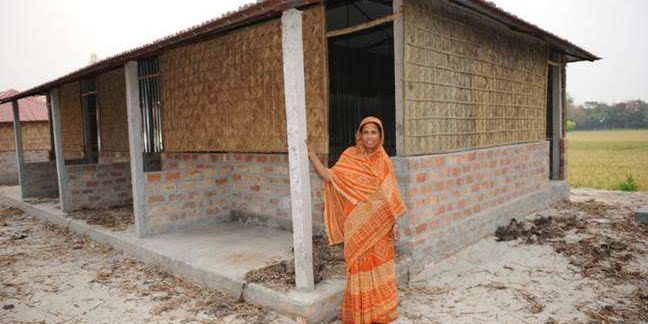 For over a week, a large part of Sylhet region has been flooded as rivers have swollen over the safe level due to heavy rainfall. Hundreds of villages were inundated in Moulivbazaar, Kanaighat, Zakiganj, Gowainghat and Jaintiapur of greater Sylhet region.

Officials said about 2,800 families have been marooned in their homes as the water levels rose in Moulvibazar, inundating roads and snapping communications in many areas. In Kamalganj upazila of the district, over 700 hectares of farmland were flooded and the crops damaged. About 5,500 families were affected by the flash flooding on Wednesday and the situation continued to worsen yesterday.

As the water level rose in parts of Moulvibazar, Pradip Maliha, 30, a tea estate worker went missing on Wednesday night in Kulaura upazila. Villagers said he was probably swept away when the Manu river burst its banks and water rushed into neighborhoods.

Most of the flood-affected people in in three upazilas of Moulvibazar district have been passing their days in misery due to acute crisis of food and drinking water. Now 2,800 new families are marooned. 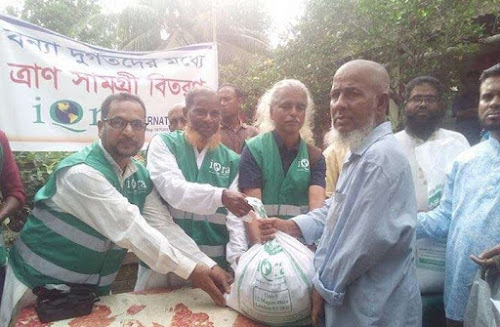 We have supported over 1800 families so far with Emergency Food packs and cash to those in dire need of immediate shelter. That was part of our short term project with an immediate respond to the affected people 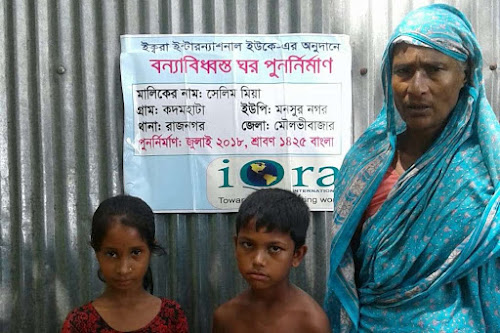 Re-building Homes
iQra International is providing donors with the opportunity to sponsor rebuilding homes and mosques that were damaged by the devastating floods. The floods have forced many people to leave their homes and live in temporary shelters. On returning home, thousands have found their homes ruined and inhabitable.

Re-building Communities
Damaged and ruined mosque structures have resulted in the cancellation of daily and weekly congregational prayers. The flood has also disrupted educational services with many Islamic classes for children being cancelled due to the mosque facility being unsafe to use.